Bestiary of Sigillum on Gamefound

This November we are going to launch a crowdfunding campaign for an updated & extended version of Bestiary of Sigillum. Design and illustrations were reworked, and now the game looks even greater, allowing players to immerse themselves into an atmosphere of a fierce fantasy battles.

In Bestiary of Sigillum you take on the role of summoners in the Kingdom of Two Castles. To play the game, you choose and summon your force of otherworldly heroes. Each character has a distinct combat role with a unique set of abilities which, when combined well, will compliment and reinforce other heroes. You should carefully think through every move keeping an eye on the opponent’s actions and pick characters paying attention to their strengths and weaknesses. 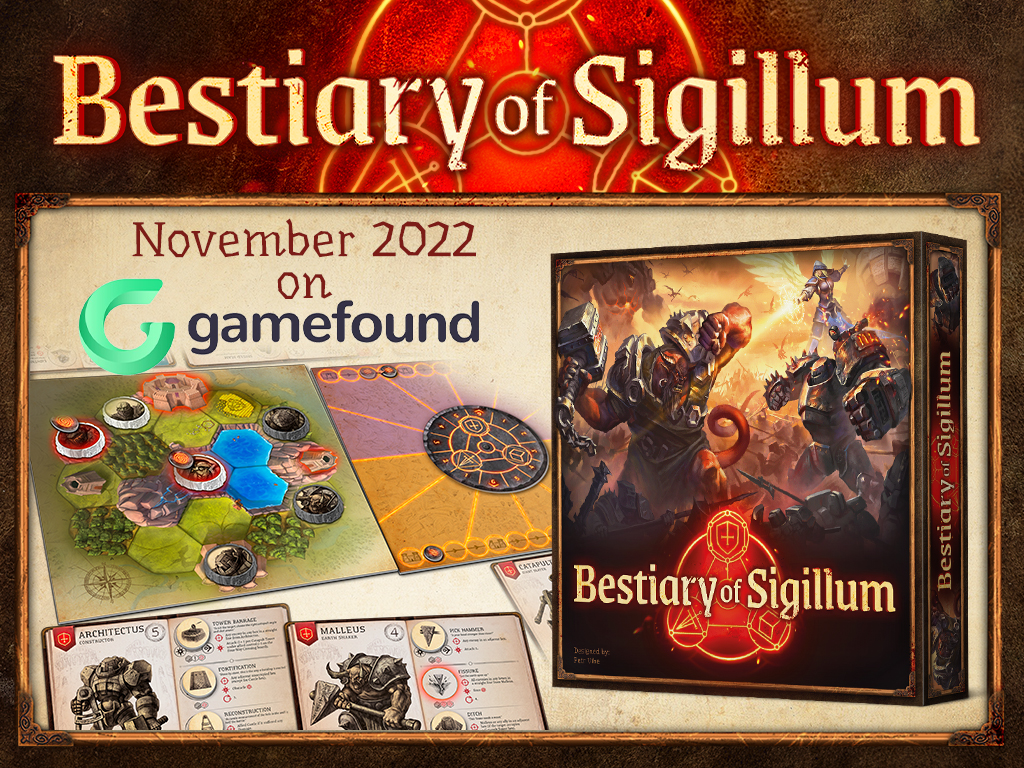 The main goal of the game is to destroy the opponent's castle. In order to do so, you should control siege towers placed on the game board, and destroy enemy characters. The game has neither random events, nor hidden information, which makes it a great battle of wits with impressive replayability, strategic depth and room for all kinds of tactical decisions.

Bestiary of Sigillum is a duel strategy, but has a Solo and 2x2 modes that are just as fun. During the crowdfunding campaign, a major expansion will be available, with new playing boards, new characters, solo & multiplayer campaigns and new mechanisms to add depth to the tactical combat of Bestiary of Sigillum.

By the way, the original Bestiary of Sigillum is available on Steam & Tabletopia. The gameplay is mostly the same, so you can try the game even now.

We will inform you when the campaign launch date will be set, and when we’ll be ready to show you more details. Stay tuned! 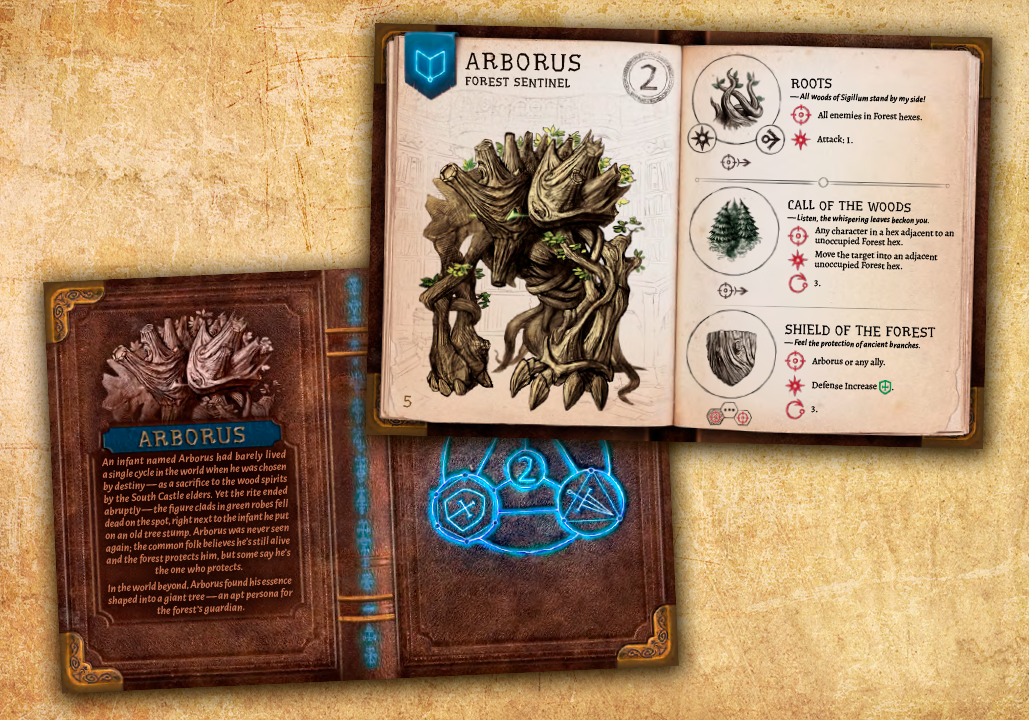