What it takes to create a deeply thematic game with no randomness at all? Peek at the designer diary that tells the story of Bestiary of Sigillum: Collector’s Edition.

Bestiary of Sigillum: Collector’s Edition is a duel strategy game by Peter Vibe with Solo and 2x2 modes, in which you choose and summon your force of otherworldly heroes to destroy your opponent's castle. Each character has a distinct combat role with a unique set of abilities which, when combined well, will complement and reinforce other heroes. The game has neither random events, nor hidden information, which makes it a great battle of wits with impressive replayability, strategic depth and room for all kinds of tactical decisions.

Now, the word to the designer.

Like many others, my board game ‘career’ started in childhood with Monopoly and Chess. Later, I encountered Carcasson and Rummikub, which changed my perspective on modern board games. Changed that much that in 2013, I decided to start my own game development studio. That’s where the story of Bestiary of Sigillum, and its upcoming new version, Bestiary of Sigillum: Collector’s Edition, begins.

Bestiary of Sigillum is deeply rooted in my passion for computer games. I am a big fan of MOBA - games that feature various heroes with unique abilities. At the same time, I am a big fan of all kinds of turn-based strategies, starting with chess that I have been fond of since childhood.

So it was a time when I was playing Dota or LoL, and this thought came to mind. How great would it be to play all the roles at the same time? To be the initiator, carry, and support at once? Naturally, this is only possible in a turn-based game.

This is how the idea of Bestiary of Sigillum was born - a symbiosis of MOBA and chess, in which two players participate in the battle controlling three characters at once.
Sigillum. The name with a history.

In Latin, a word sigillum means seal, sometimes with a magical power. In the Middle Ages legends, sigils were used by magicians to summon and control spirits. So, Bestiary of Sigillum is all about summoning and managing legendary creatures, and the mystical world in which this is possible was called Sigillum. Needless to say, the only genre that fits all the ideas is dark fantasy. 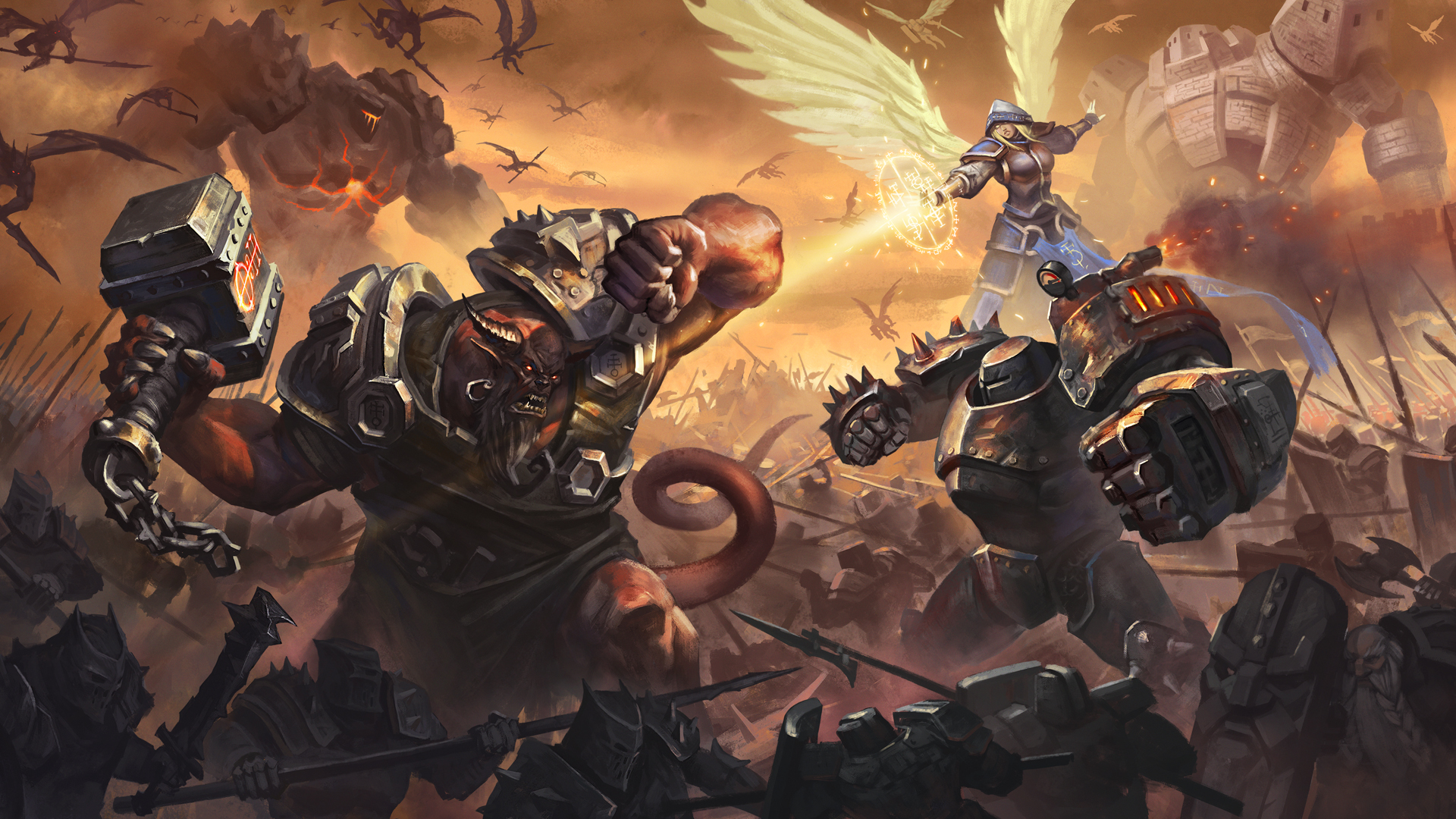 Aesthetics or mechanics – what comes first.

The aesthetic side of a board game is crucial. For me, sometimes it may even be more important than the game mechanics. What can you say, many people tend to judge a book by its cover. That's why I paid so much attention to the aesthetics, graphic design and the story behind the game characters. And I am proud of the work I've done.

It wasn't easy. Sure, there is an existing (I would say classical) visual system based on the roles. You expect to see some kinds of slim agility-based characters, squishy ranged attackers, large and sturdy tanks, decrepit yet powerful magicians who support their allies or weaken enemies.

I wanted to go beyond that, to give each character a distinct personality, their own story, and surely their unique skills and play style. Sometimes I had to redraw a hero several times. Some creatures have changed significantly and don't look anything like their early sketches, while some have barely changed.

Sometimes the vision of a hero was vibrantly clear in my head, but I had no idea how to convert this image into an art. In such situations, we had to create multiple sketches and compare different options. 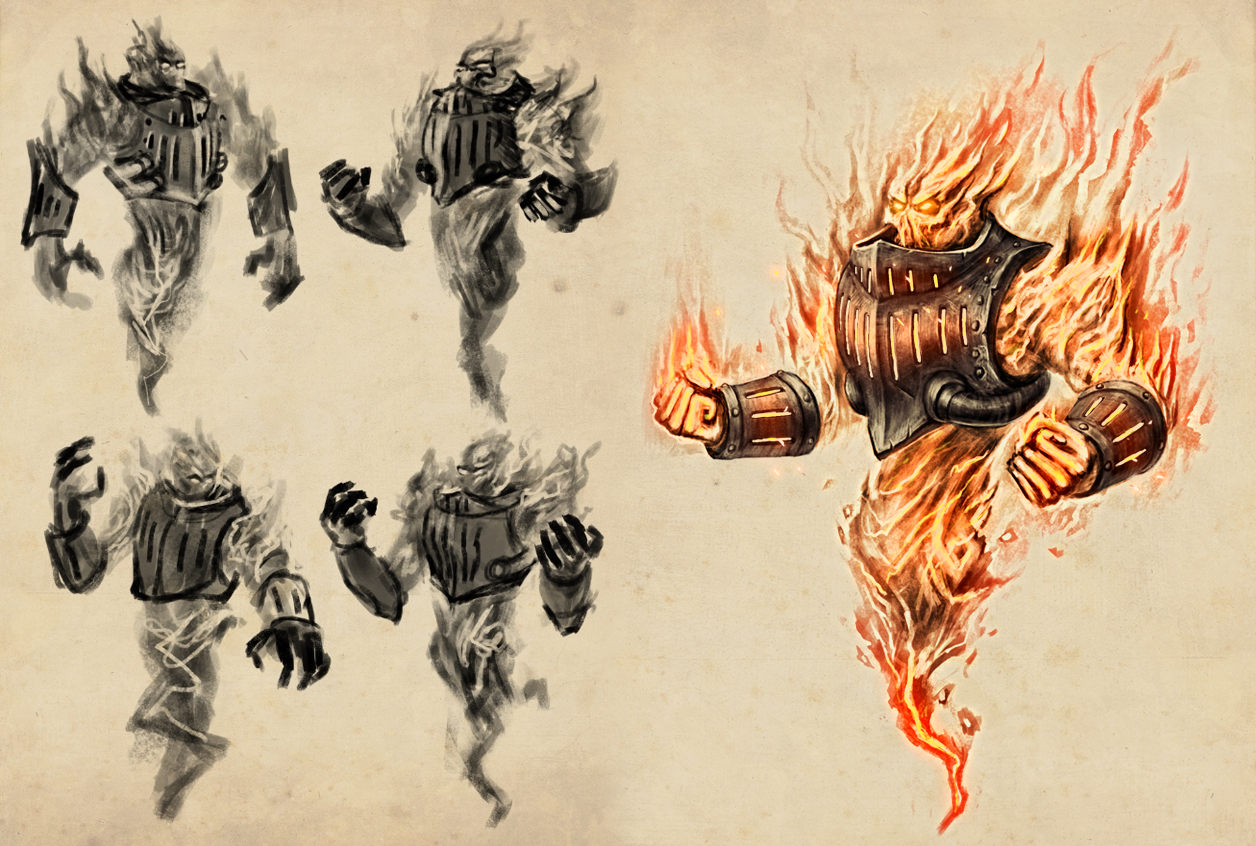 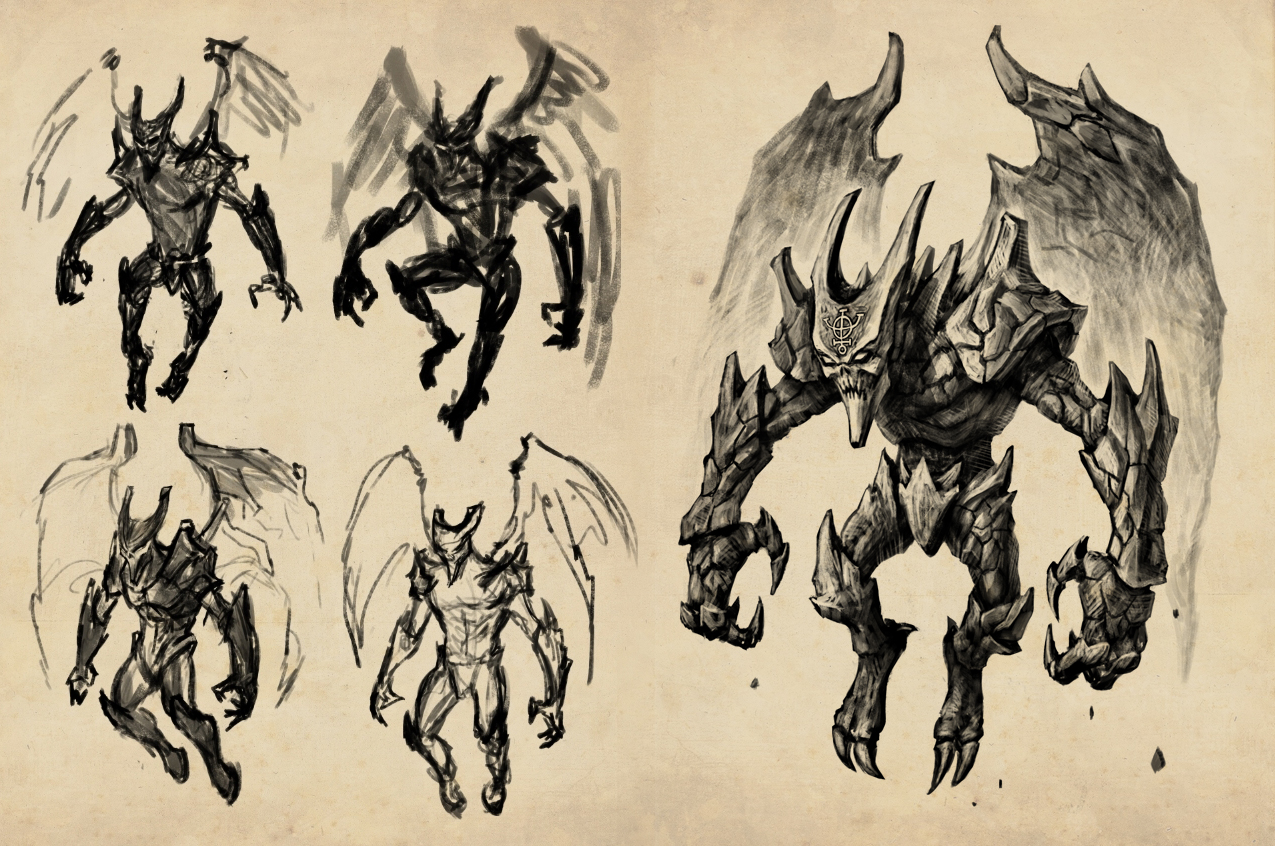 Game boards are an entirely different story. There are two players sitting opposite each other, and you need to make sure that the board looks great for both of them. Which isn't that easy (check what we used for testing early on!) if you want the image to have depth and perspective, and not be just a flat top-down perspective, or something abstract. 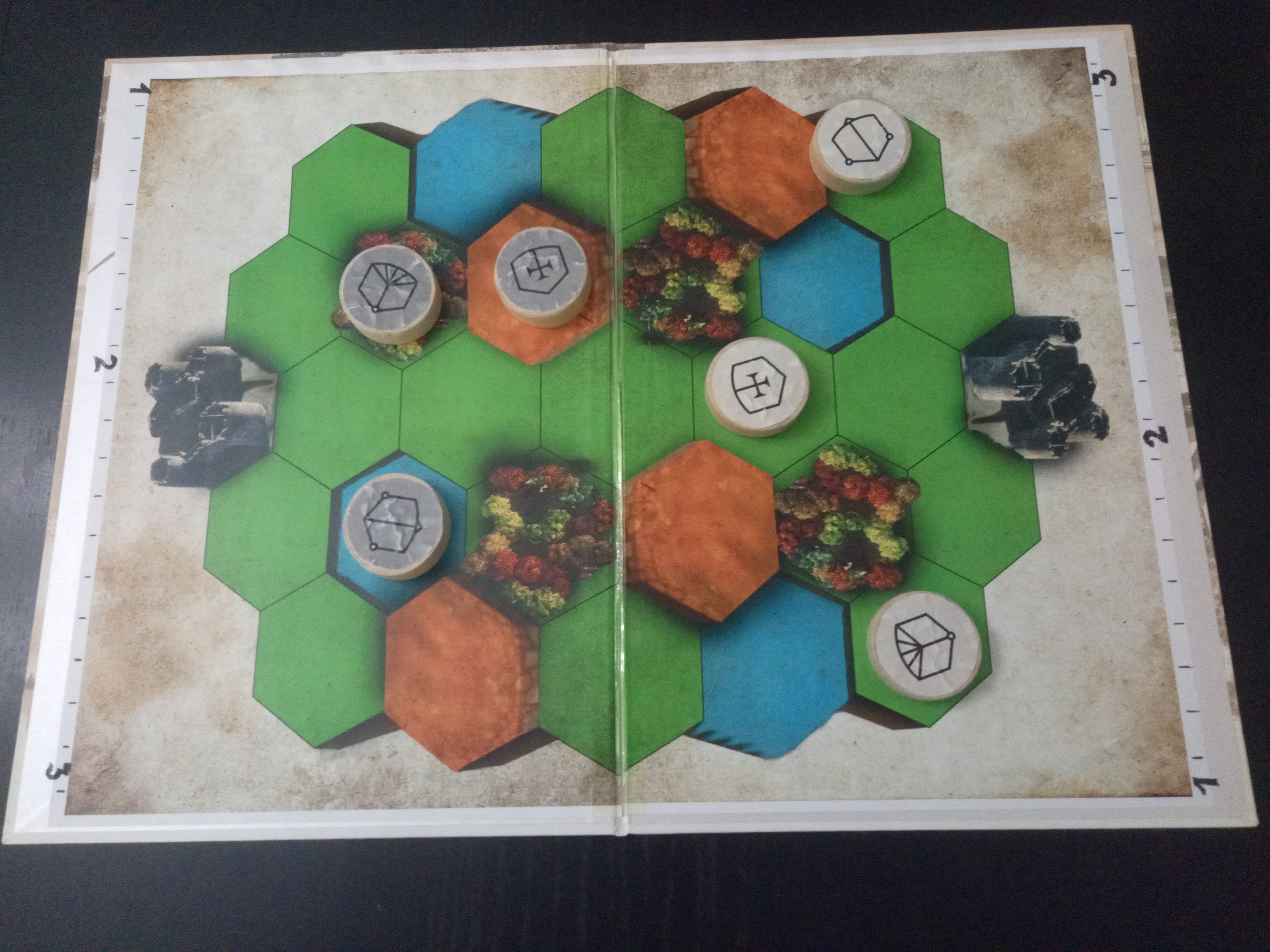 Game mechanics, of course, are no less important. And when there is no randomness in the game, mechanics' importance skyrockets. So, when working on the rules, I created... I'd say a mission that guided me through this process. I wanted to give people that unique sense of intellectual catharsis that you reach by solving intellectual puzzles.

Just you with your mind, the aesthetics of the game, and the game mechanics that set the challenges - and the same for your opponent. You probably understand what I'm talking about if you had moments when you managed to find a well-thought-out sequence of actions to snatch the victory in a seemingly hopeless situation.

Evolution of the game

By the way, Bestiary of Sigillum was not random-less from the start. In early prototypes, dice were used to determine the success of attacks, but even then, there were many ways to control and affect this randomness. At that point, the game board was 3x3 square, with each area open for any number of creatures.

Also, there were only two classes: melee warriors who could attack one or more targets in the same area, and ranged warriors, that dealt damage to adjacent areas. For several years, the prototypes replaced each other. The game board became hexagonal, and much larger than it's now.

The class system was evolving too - there were three classes: strength-, dexterity- and intelligence-based. Each player had three tokens, one for each class, and your force always had the same structure. One character of each class - no more and no less.

The final prototype looked more or less like the current game. The game board was more compact, because the creatures could either move or attack, and they didn't need that much space for maneuvers anyway. Also, each character got its own token, since class restrictions were gone for good. Also, each character got their own attack to emphasize their unique play style.

A few examples: Ballistarius's attack power depends on the number of unoccupied hexes between him and his target. Vinctum's equals the Injuries he has. Attack of Tempus grows with the number of the target’s Support Abilities on cooldown.

I can go on and on - each and every character has a unique attack... including straightforward '1 damage to an enemy in an adjacent hex'. With all that changes, the game tactics began to vary significantly depending on the creatures in your and your opponent's armies. 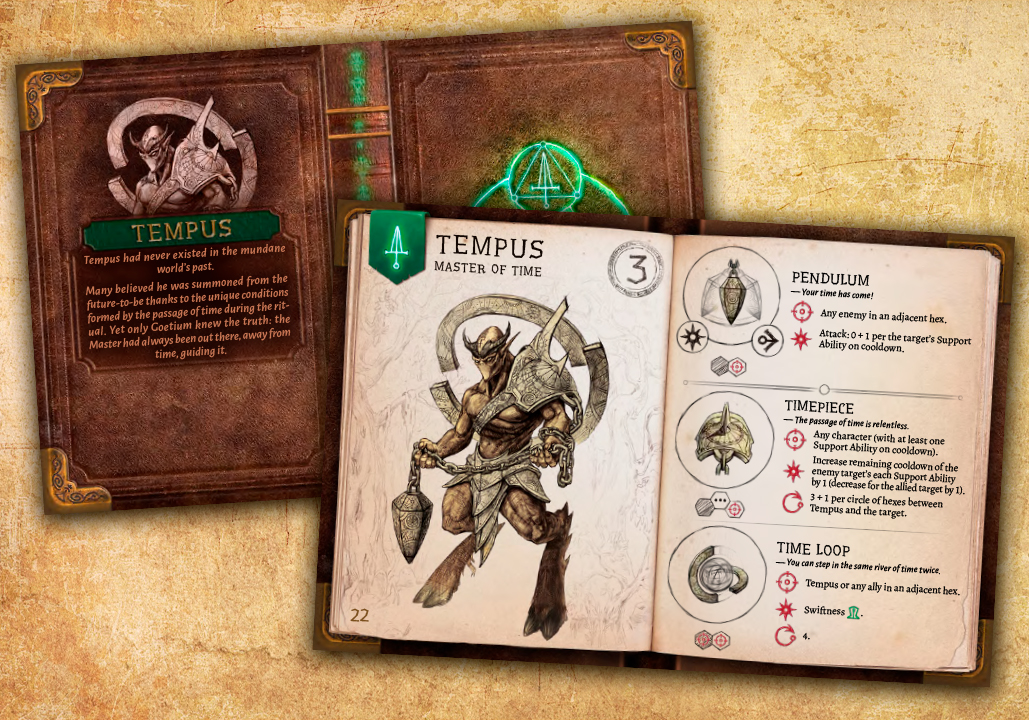 During development, many mechanics were tweaked or even completely redone. Initially, all attack abilities were used in a separate phase, followed by a phase of support abilities. This game pace, let's call it slow, implied the possibility of responding to the opponent's actions. For example, after a player moved a character to set an attack, their opponent had time to react. So many great chances to attack were lost!

In order to shift the focus from positioning to combos, both phases were merged into one. The game became much faster, and this new gameplay provided players with additional opportunities for a successful attack: whether it is using support abilities to move enemy characters under attack or applying various effects.

I remember there was an interesting moment when Messum, a hero with at a time a very low win rate, suddenly became insanely overpowered. His attack targeted all enemy characters that had no other characters in adjacent hexes. So, in a slow game as it was before, it was easy to avoid his attack by sticking together. But at a fast game, Messum could just move a character with his support ability, and then hit. Hit really hard. Naturally, I had to change his ability so that it only targeted one character.

The Sigil of Time, or how to automatize cooldowns.

Speaking of game mechanics, it's worth mentioning one of the main gameplay issues that I believe I managed to solve very elegantly. All MOBA games feature ability cooldown as one of the core mechanics. It's pretty straightforward: after a powerful ability is used, some time should pass before it can be used again. And the stronger the effect, the longer the waiting should be. That is, some abilities recharge faster, and some - longer.

In video games, the computer takes care of the cooldown, while in board games the players should somehow track that. The Sigil of Time board makes tracking cooldown really easy. Ability tokens are placed on the corresponding sectors of the round track depending on the cooldown time.

Each round, the disc is rotated, pointing to the new sector, and players get back the Ability tokens from there. So, it's really easy to see when your and your opponent's abilities recharge. 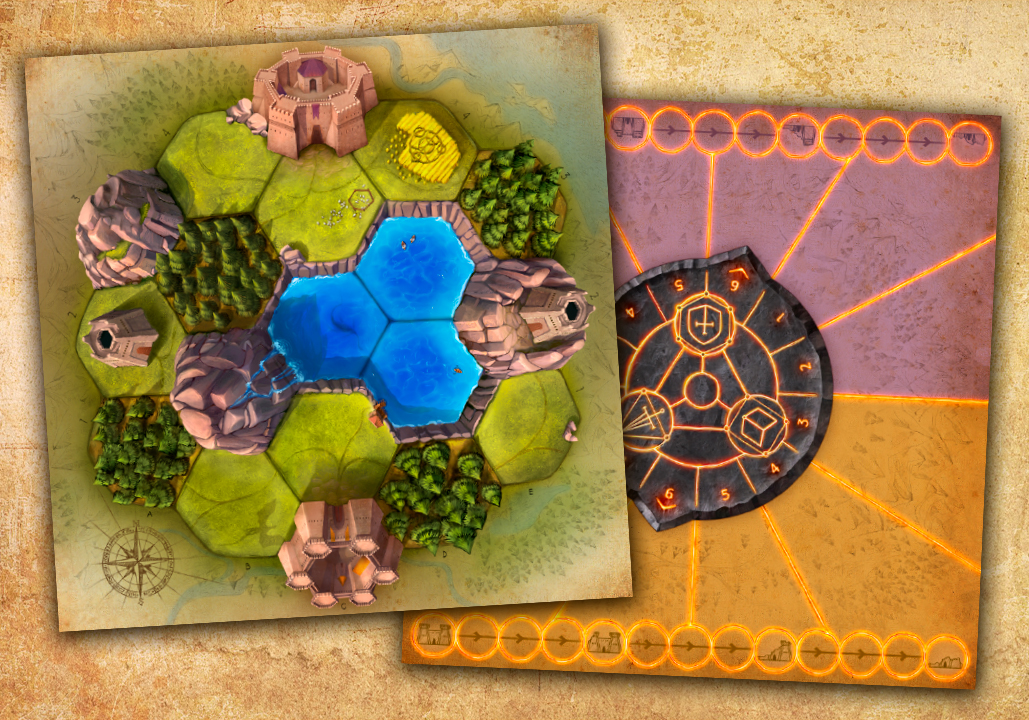 Automated cooldowns are great, but the quality of a game like this inevitably boils down to how balanced the creatures or heroes are. I take balance in Bestiary of Sigillum philosophically. It's not something set in stone, it is a rather flexible concept here. The effectiveness of a same character mostly depends on the characters it is combined with, and the characters it is fighting with.

So, I would prefer to discuss not the 'mythical' balance, but the art of drafting. The thing is, in Bestiary of Sigillum drafting isn't a part of the game setup. It's actually an essential part of the game itself! The outcome of the battle ultimately depends on which characters the players use in the game.

Don't get me wrong. Drafting does not replace game balance, and each and every character went through intensive all-around testing. It's just it's not what is really important. And here we come to META, or the Most Effective Tactics Available. To identify them, a PC version of the game was released on Steam. It became a base for tournaments, which in turn provided us with all the balance information we needed. So, balance patches are released every now and then. 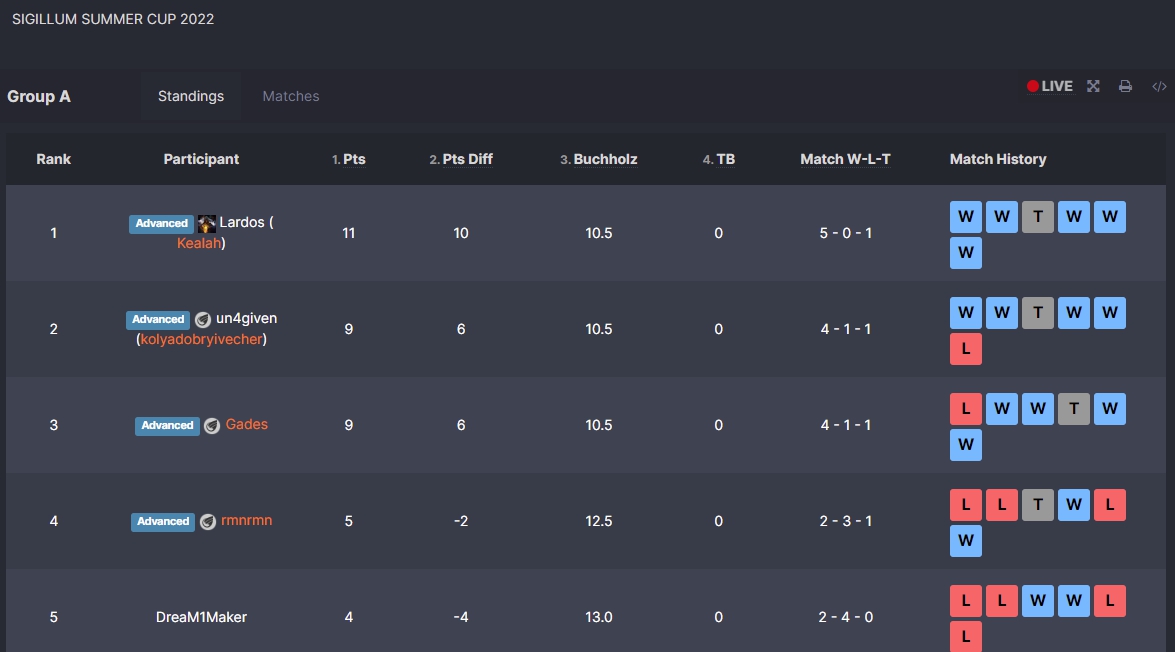 That is, the upcoming Bestiary of Sigillum: Collector's Edition is not a game tested by a few (even a few dozen) testers. It's a game tested by time and countless casual and tournament games.