City of the Great Machine press-release 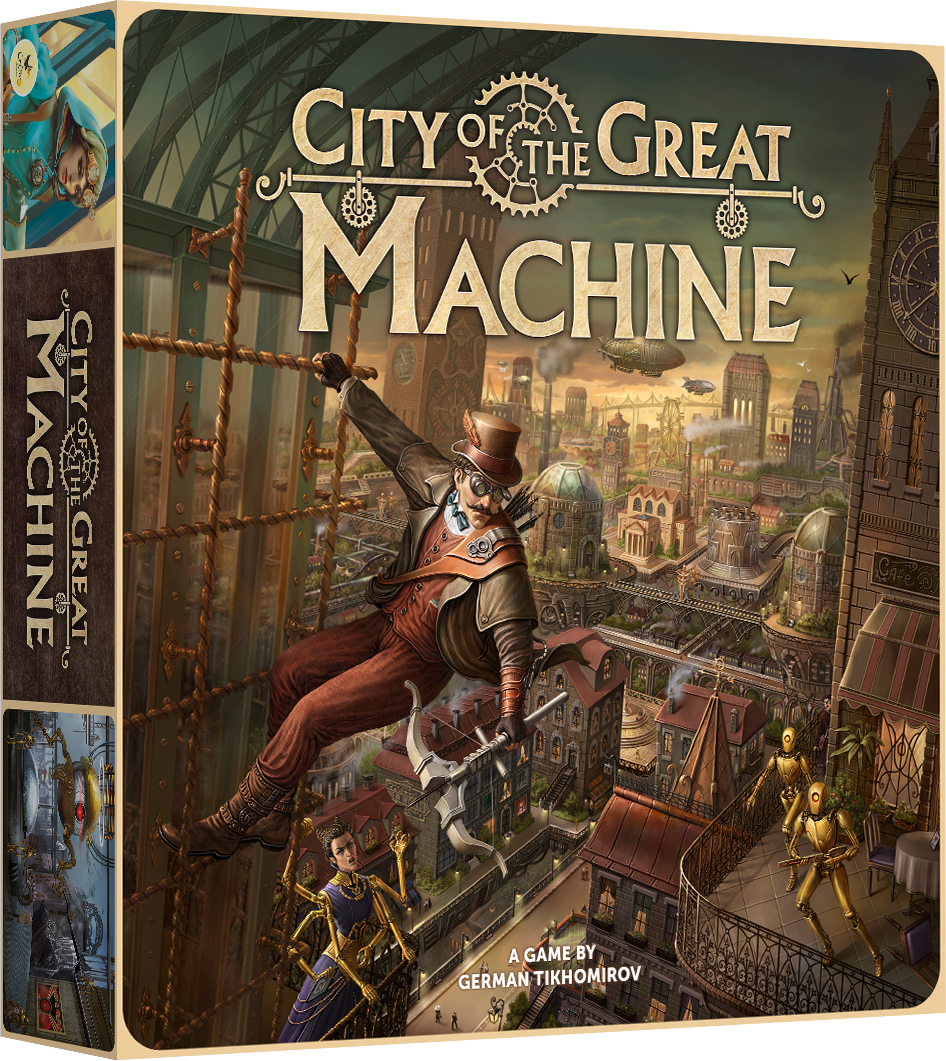 The Great Machine controls the City which is built on mobile platforms in the sky. As the Great Machine, the player commands a force of perfected Servants and mechanical Guards. The Great Machine's ultimate goal is to suppress social unrest and complete its grandiose Master Plan to perfect mankind. 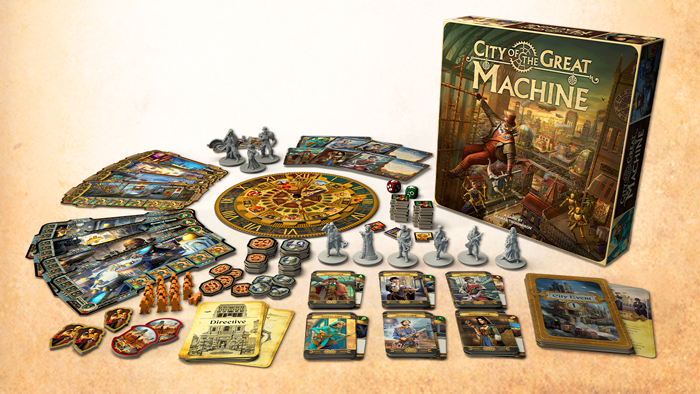 The other players are Heroes working together against the Great Machine to start a revolution. They encourage discontent in the City, enlist the support of famous citizens, and inflame riots. They also attempt to prevent the Great Machine from completing the Master Plan, as it will lead to the enslavement of the people of the City. 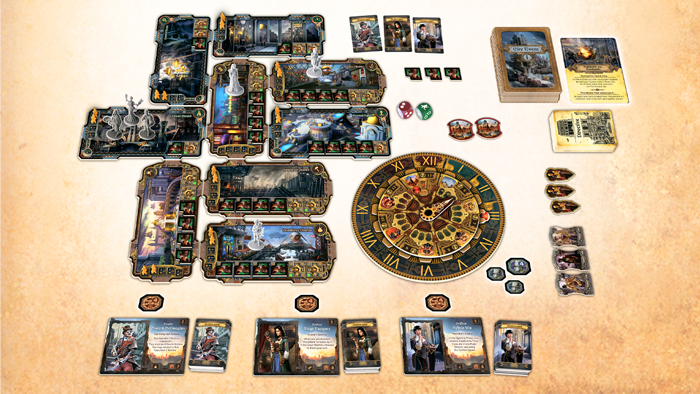 Heroes and the Servants of the Great Machine are represented by highly detailed Victorian steampunk miniatures. The game features top-notch art and thoughtful graphic design. The Progress board tracks the completion of the Master plan and the level of Discontent in the City and consists of 4 cardboard layers stacked on top of each other.

City of the Great Machine is published by CrowD Games, an international company with offices in the USA and Russia and was developed by Moroz Dev Studio. The game author is German Tikhomirov, a distinguished Russian game designer with many games released in Russia and worldwide. The game has been in the making for almost 10 years.

The Kickstarter campaign is scheduled for September 29. You can follow this link and click the “Notify me on launch” button to receive a notification to your email address when the campaign goes live! 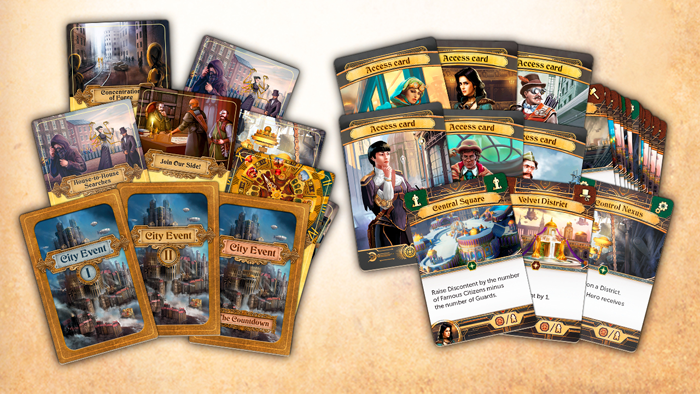