More than 10 years ago Dmitry Knorre, Ph.D. in Biology created Evolution: The Origin of Species, which explained the basics of the evolution process at play. In the game, players do the work of nature, putting animals into play and evolving them trait by trait to help them survive and thrive. In the ever-changing environment, species either evolve or extinct.

After its publication, the game received positive feedback from many evolutionary scientists around the world and was highly appreciated by Nature magazine. Now, the Evolution and its many expansions are published in 6 countries and in 11 languages. More than 200 000 copies of Evolution: The Origin of Species sold.

In 2014, North Star Games acquired a license from Rightgames RBG and released a new game Evolution, based on the original Evolution: The Origin of Species. NSG noticeably redesigned the game mechanics so that it turned into a new independent board game with beautiful illustrations in a new style. North Star Games' Evolution has gained popularity among players around the world and has also got a number of expansions.

Evolution: New World includes both already known and new traits of animals, supplemented with scientifically accurate descriptions and colorful illustrations on oversized 80x120 mm. cards. Food is now generated using Area cards, which add tactics to decision-making about the traits of the animals.

During the Kickstarter campaign, we will offer you the core Evolution: New World (11+, 2-4 players) game, as well as the Kickstarter version (all-in pledge), which adds new animal traits, a Solo & Cooperative mode and extends the player count up to 6. Some new components will be limited printing, and some will be exclusive for Kickstarter backers. And, of course, the all-in pledge will be expanded by stretch goals with quite a few pleasant surprises that you will definitely enjoy.

Make sure to follow the game’s prelaunch page on Kickstarter and click the ‘Notify me on launch’ button! 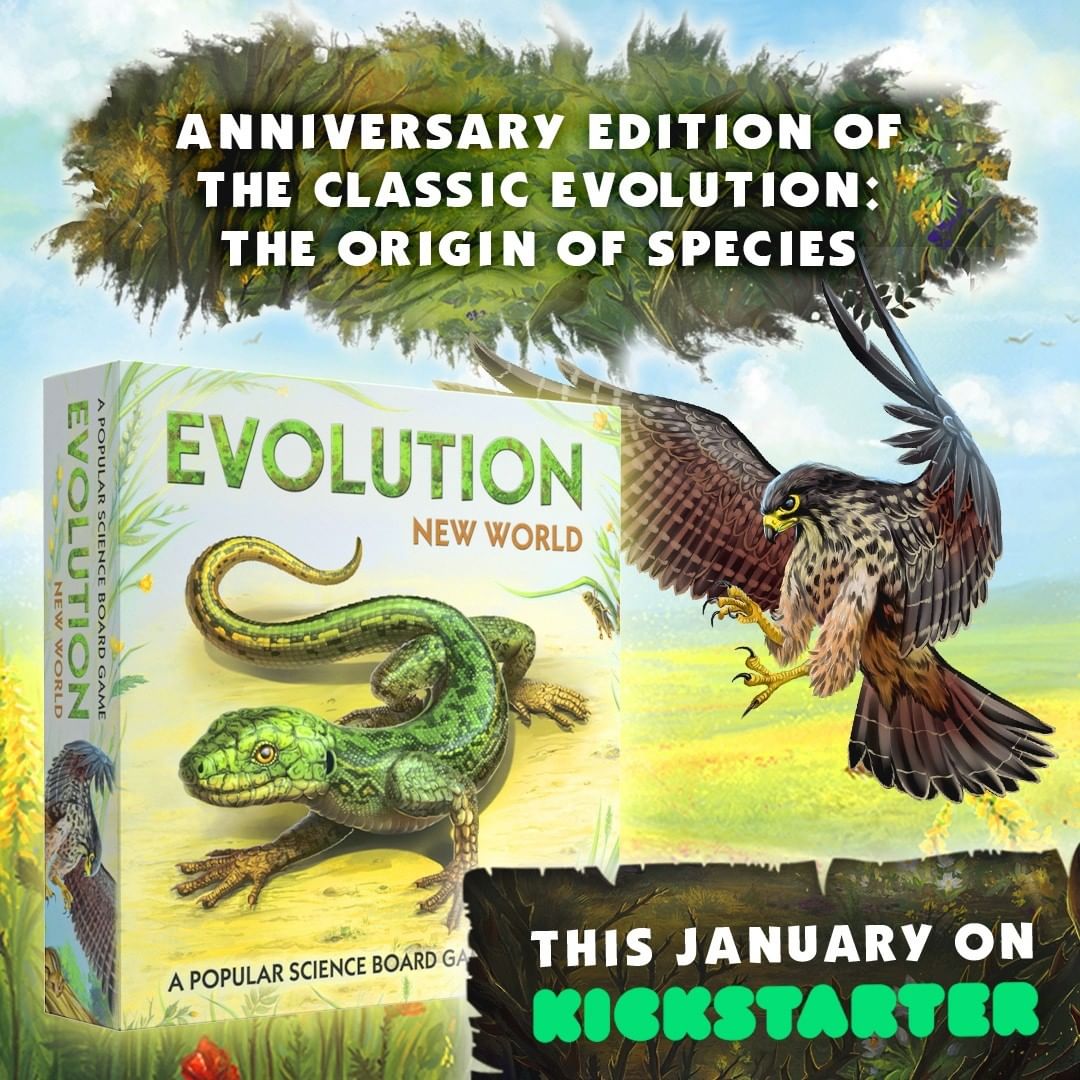