Octahedrons on the Roll

Let’s talk about dice. Dice are cool. They look like candies, very pleasant to touch and make this great clanking sound when rolled. Dice exist in almost all countries and cultures. We are quite used to a standard RPG dice set, you know, the little tube with dice D4 through D20.

But did you know that there are many more shapes of dice? For example, there are 13 Archimedean solids. The problem with them is that their faces are not identical (some square, some triangle, some hex) so the chance of rolling a particular number varies. This is why no one makes or uses them. But we decided to change that because we think those shapes are very beautiful. 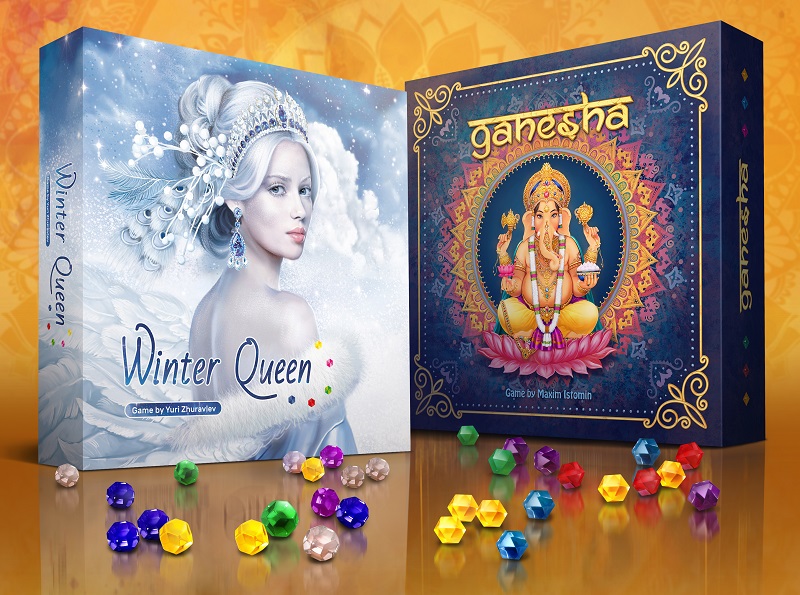 It proved to be a rather difficult task to make these octahedrons — we have spent almost 5 months on finding the right manufacturer and working with engineers on the right look and feel of those shapes. We hope that you will check out our games and like the result. Who are “we”?

CrowD Games, publisher of Ganesha and Winter Queen, is an unusual company. It was founded in Russia in 2015. Since then CrowD Games has published the Russian-language versions of more than 120 popular board games (such as Scythe, Root, Tainted Grail, and many others).

So in 2020, we are coming to the United States with our own games: Ganesha, Winter Queen, Deep State, Windmill, and Enigma. This year, look for our stand at Gama, Origins, GenCon, and Essen Spiel in Germany.