The game events of Deep State unfold around a secret and powerful organization called “The Committee.” Its main goal is to create a unified global government by infiltrating political, financial and social institutions, carrying out covert operations and taking the lead in the world domination projects. Do you have enough strength and wit to become the sole ruler of the world? Can you conspire against the entire planet to achieve your goals? Play Deep State and find out!

Dispatch your Agents to infiltrate various political, financial and research institutions. Make treaties with mighty secret organizations and carry out covert operations. Take the lead in global projects, including Comintern and Unified Nations. Earn the most influence to become the only puppet master in this world!

Each player becomes a head of a department in the Committee and tries to get the most influence points by performing various game actions using the only game resource — secret agents. You’ll have a limited number of agents that you can send to fulfil your plans. The player who gets the most influence points by the end of the game wins and becomes the head of a new world government. 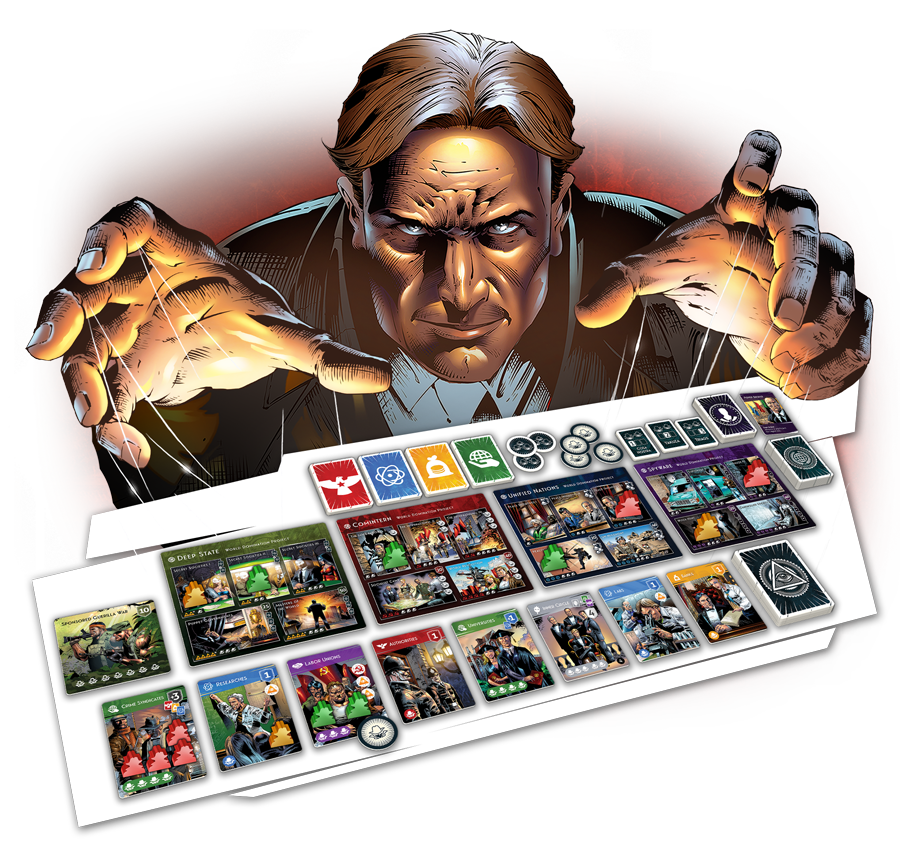 Watch this video to explore thoroughly all the game components, setup, game flow and scoring.

Before you start playing you need to deal each player 4 cards from the Treaty Deck, set up the Infiltration Zone (featuring the Objective Cards you are going to infiltrate) and place the World Domination Projects, Covert Operations and other cards and tokens on the table.

At the beginning of the game, each player gets 10 agents. Three of them immediately go to the Active Reserve which makes them available for assignments while the rest stay in the Recruitment Pool, waiting to be recruited.

1. Action Phase - players can perform one of the four available actions:

3. Treaty Phase - each player can make one Treaty with another influential organization to gain extra points and/or special abilities.

For a full gameplay description, check out the Rulebook and Reference Guide.

Is That Right Gaming - Unboxing:

Off The Shelf Board Game Reviews - Quick Overview:

Off The Shelf Board Game Reviews - Tutorial:

Off The Shelf Board Game Reviews - Sample Gameplay:

Off The Shelf Board Game Reviews - Review:

Off The Shelf Board Game Reviews - Live Play:

Meeples On The Ground - Review:

Text review on BGG by JagarKlato