Evolution: New World tells the story of how animals of all shapes and sizes develop and evolve. The game lets players take control of the evolutionary process across an entire ecosystem and create populations of species competing for scarce resources.

In Evolution: New World, you create animals and give them traits essential to surviving in an ever-changing environment.

Over the course of six Epochs, your successful animals evolve and procure food, while poorly adapted species become extinct or fall prey to predators. At the end of the game, victory points are awarded for your surviving animals and the traits they possess. The player with the most points wins the game.

The game you see in these videos is a prototype copy, created for gameplay demonstration for the Kickstarter campaign. The real game have different and better-looking components.

How to Play video by JohnGetsGames

How to Play video by Board Game Empire

The following video was created jointly with CrowD Games. 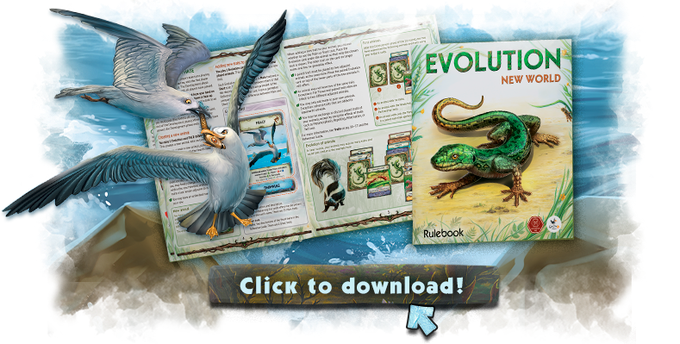 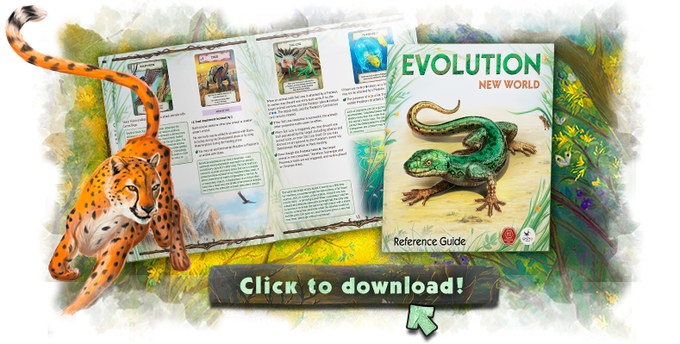 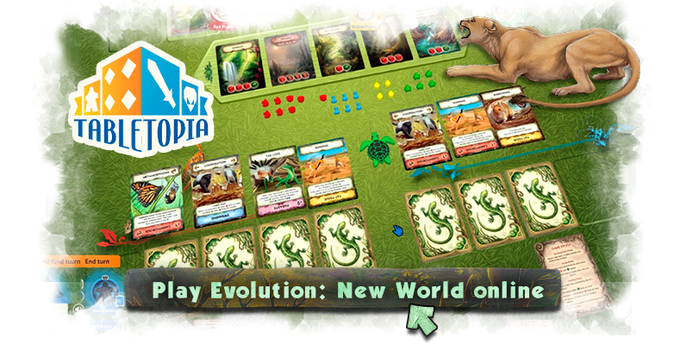